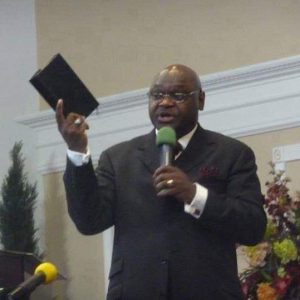 Bro. Jerry Glenn Houston is a native of Shreveport, Louisiana. He began his Christian journey in the summer of 1980, while serving in the armed forces in the Washington, DC area. He holds numerous degrees and post-graduate accomplishments. He received his Associate of Arts and Third Year Bible Certificate from Northeastern Christian Junior College, a Bachelor of Arts in Bible and Biblical Languages from Harding University, as well as a Masters of Divinity from Harding Graduate School of Religion. He completed Pastoral Education at Methodist Hospital Memphis and served as a Hospital Chaplain at VAMC Memphis.

Bro. Houston has been preaching for over 30 years. Before becoming the minister of the Dellcrest Family, he served as the Pulpit Minister of North Greece Road Church of Christ from February 1999 – April 2015. While serving as the minister, North Greece Road became one of the fastest growing Churches of Christ in the Northeast, since 2002 baptized more than 750 new members, moved to a larger building and had an average attendance of about 420.

His greatest achievement outside of being a child of God is being married to his loving wife Debbie for nearly 29 years. Debbie is a wonderful and supportive wife, a dynamic motivational speaker to women everywhere, and a fantastic mother to their children Amber and Janae. Their oldest daughter Amber graduated on May 9, 2015 from Harding University in Searcy, Arkansas with a degree in journalism. Their youngest daughter Janae is majoring in Pharmacology. The Houston’s have truly been blessed, and are so proud of their daughters for their dedication and commitment to the Lord and His kingdom.